Just over two weeks ago, Rosanna Tamburri wrote an article in University Affairs on the dismal state of the PhD program in Canada and the United States. She lists many findings, including the following:

Over a nine-year period, less than 60% of humanities and social sciences PhDs finish their degrees.

What could account for such a high rate of PhD failure? There is no single reason to account for this phenomena, but many continue to theorize:

While the natural and health sciences seem to be able to graduate faster, many end up lingering in postdoctoral positions, where there is little incentive for supervisors to support them and help them become independent researchers. In general, instructors tend not to take a proactive approach, thus people compete for the attention of supervisors and often they have few to turn to for help.

While the article seems to not have a consensus solution for resolving the plight of PhD students, a possible solution emerges at multiple points throughout the article: when PhD students are more socialized, they’re more likely to succeed.

This is exactly what Scholar Hero is working to accomplish!

Not just a clever name (though we like to think it’s a little clever.)

The bigger question is how? How do we get PhDs in fields that are usually much more solitary and individualized to conduct themselves to be more like their more successful counterparts? How do we get them to open up and allow themselves to grow in a positive, productive manner? When will people realize it takes a community to complete a PhD, not just an individual effort?

We’ll have to get back to you on that, but don’t worry, we’ve got a solution in the works.

It’s been nearly three months since our last post, and so much has happened since then. To give you a quick list of the major events of our project:

The last one needs a bit more elaboration. In a sentence, we wanted to be search-friendly, and masquerading under a “.me” domain wasn’t helping our chances. Some people complained that they couldn’t find us, and others even wondered if we wanted to be found. Thus, we went back to basics and collectively came up with a name that encapsulated our mission completely: Scholar Hero. 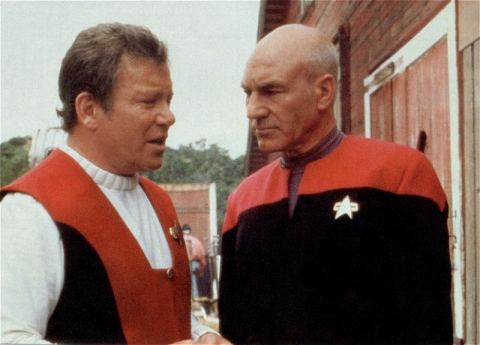 Unlike these gentlemen, we’ll honor our Prime Directives.

Our “Prime Directives” remain the same:

We also have a few more productivity goals that we aim to hit:

So what does it mean to be a Scholar Hero? Follow our site or get in touch with us and we’ll find out together. We’ve got a lot of work to do, and if you’re willing to join us, contact us here. We’re looking to fill a lot of positions and maybe increase our partnerships, which you can find out about at our Careers page.